Based on feedbacks recently received, we fixed the incompatibility problem with Samsung Galaxy Player. We hope it makes compatible with other models of Android tablet, too.

Basically, we changed the application settings and also fixed a problem with using the camera of Galaxy Player. Here is a photo of Galaxy Player & Voice4u. It looks very cool just like the iPod touch, and has a slightly bigger screen and works very very fast! We love this! 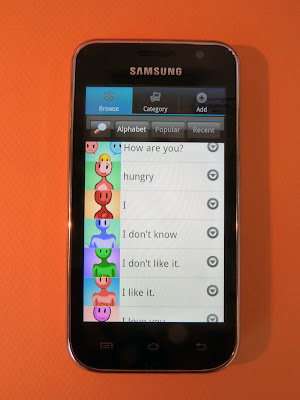 *** A tip on using the camera. ***
Please take a photo sideways. Otherwise, a photo will be unexpectedly rotated. Simply rotate your device by 90 degrees. Also, make sure to put the objects in the middle of screen. 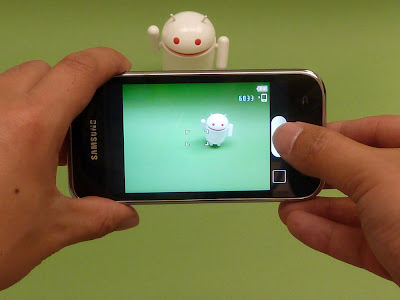 Then, your new icon will be fine just like this: 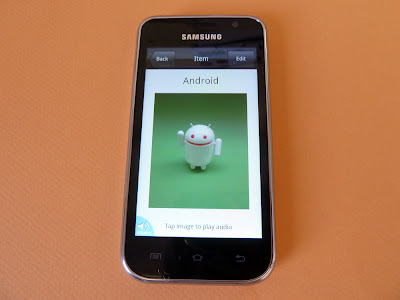 While we are attempting to get through the review of Amazon App Store, we had to fix several problems of the recording system. The system did not work with some models used by Amazon’s review committees and we made it work. Also, we changed the system to stop recording/playing sound on incoming calls.

We updated several user interfaces (UI). For instance, here is a new look of the very last step of adding a new icon: 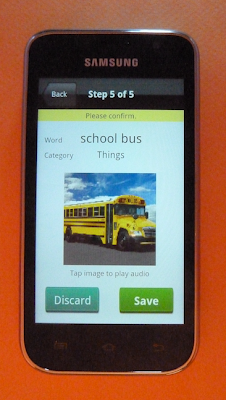 *** This ONLY affects if you purchased Voice4u through Android Market. *** We added a license verification system to the app, which will protect from illegal copies. It also allows us to save Voice4u in SD card, which saves the main storage space of your devices. The system automatically validates licenses just once a month and you wouldn’t even notice it. Please launch Voice4u immediately after updating/installing it onto your device (while it is connected to the internet). We hope this won’t be too much trouble.

That’s it for the highlights. If you hit any issues with the new version, please let us know immediately and we’ll fix it right away 🙂

The next update (version 1.5) will support horizontal (landscape) screens, which will be similar to the iPad version of Voice4u.

How do I update?

It is straightforward. Please follow these steps (this is the standard way to update Android applications).

You can find more information about Voice4u for Android here: https://voice4uaac.com/android.